The Geekvape Zeus X Mesh RTA is a new release in the highly acclaimed Zeus range, which is a natural successor to the very popular Zeus X RTA. The previous Zeus X was a dual-coil top-airflow RTA that was easy to build on, never leaked, and capable of producing an insane amount of flavor. Prior to Zeus X Mesh, Geekvape released the Zeus X sub-ohm tank with premade mesh coils for vaping anywhere between 60W to 80W. Instead of rehashing the same thing, Geekvape has always devoted to reinventing the Zeus X to find new niches.

The Geekvape Zeus X Mesh holds 4.5ml of e-liquid except for the TPD restricted area. The good news is the larger bubble glass can be bought separately. It looks quite the same as the Zeus X RTA. The only thing that has changed from the dual coil RTA is the build deck. Other components are a duplicate of its predecessor. A Mesh Micromesh Coil used to be the default wicking material in a rebuildable atomizer. It has been improved and can provide constant flavor.

The Geekvape Zeus X Mesh Micromesh Coil comes with two types, a KTR 0.2ohm and a Ni80 0.17ohm. They are made of Kanthal A1 and Nichrome 80 material respectively. Its new Micro Mesh system can ensure longer service life. Replacement is very simple. You can choose between two different ohm values to better customize the quality of Vape. The build deck uses a spring-loaded ceramic block mechanic, which is the same as the Wotofo Profile 1.5 mesh RTA. The ceramic block ensures the constant contact between the cotton and the mesh stripe. The clamp is simple to use and very effective.

RTAs with top airflow are a niche market, but Geekvape has established a tradition for this type of vape tanks and introduced some solid performers. It’s believed that the flavor you got from the Zeus X Mesh RTA will beyond your expectations. If you are in the market for a flavorful RTA, the RTA will be a good choice. Have you ever used vape atomizers from ShenRay Co.? In the following, we’ll be covering a fantastic and cost-effective tank atomizer from this company—415 Style RTA. Just buy from the cheap vape shop online if you like.

Same as other ShenRay atomizers, the ShenRay 415 RTA Clone is mainly made of stainless steel. Measuring 22mm in diameter, it can store up to 4.5ml of e-liquid. Screw out the top cap, you will see two large e-juice filling ports. Inside the tank, there is a heating chamber connected with the chimney. 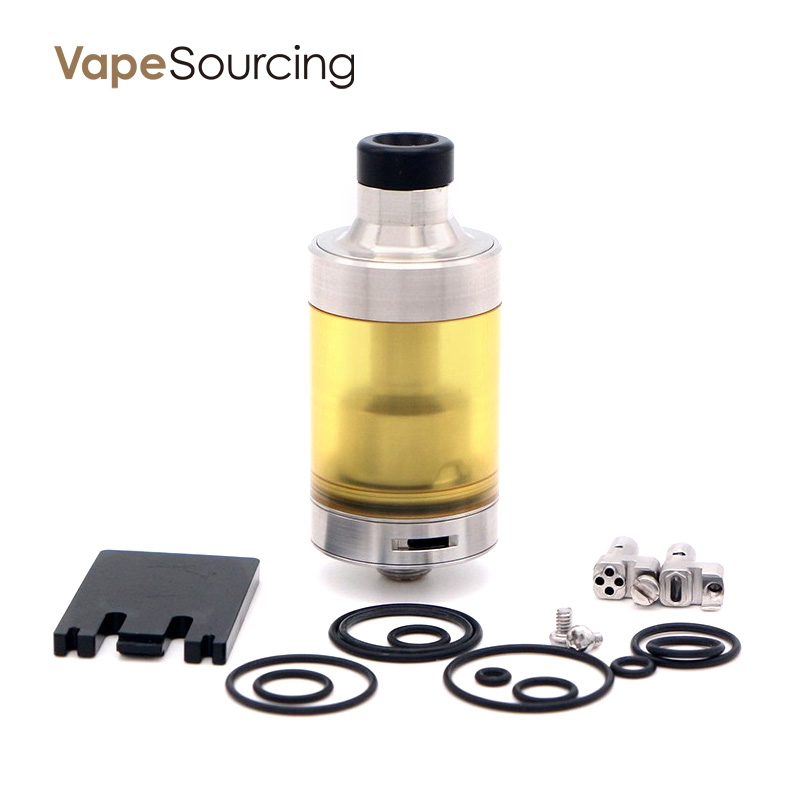 The chamber comes with a unique dome which will bring you denser clouds and more intense flavor. Under the chamber is a build deck well-designed for single coil building, on it you can easily build the coil you like. At last, the 415 Style RTA features an accurate bottom adjustable airflow system in its base, it allows you to adjust the airflow to your preference effortlessly. Anyway, the 415 Style RTA is very unique and really worth a shot.

You may also like this: buy smok trinity alpha

Can you image a vape atomizer that is perfect for both MTL and DTL? In the following, we’ll take a look at such an RTA. Just buy from online vape shops if you like. Ok, here we go!

Damn Vape Fresia RTA is a 22mm MTL / Restrictive lung hit flavor RTA. It’s 2ml / 3.5ml in capacity and available for High / Med / Low concentration of Nic Salt or Regular e-liquid (Freebase e-liquid). It also features the world’s first T.I.T. (Tube In Tube) AFC system, that means you can switch freely between MTL and restrictive lung through AFC ring, but without changing any airflow reducer / cube. In addition, the compact chamber, bottom airflow, and raised build deck will bring closer throat hit… Overall, the Fresia is all for flavor! 4 colors are available. 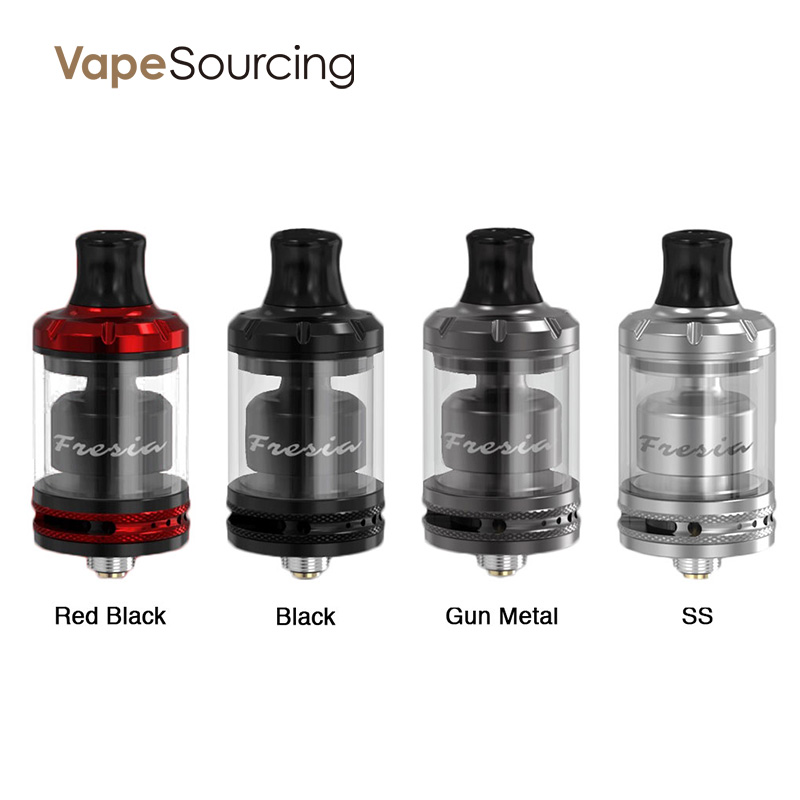