This time we’ll be covering the Geekvape L200 Kit (Legend 2)which is the updated version of the popular “Legend” kit. The original version was an excellent purchase but did suffer from being a bit bulky for a lot of users – so have Geekvape addressed this issue? Let’s find it out.

The Legend 2 is apparently 30% lighter and 15% smaller than the original version. But you have not lost all the functionality of the original, in fact there are improvements to what made the Legend a “legend” in the first place! A larger screen is installed at 1.08″ – but this is still smaller than the Aegis X with its 2.4″ screen which could be the Achilles heel in a rugged mod. As for being rugged the L200 has gone one better with an IP68 rating (higher protection than the previous IP67) and is waterproof, dustproof, and shockproof. The power is supplied from 2×18650 batteries (not included) and a USB Type C port is provided. The access to the USB port now has a hinged flap rather than the pull-out cover which was easy to lose on the previous version. 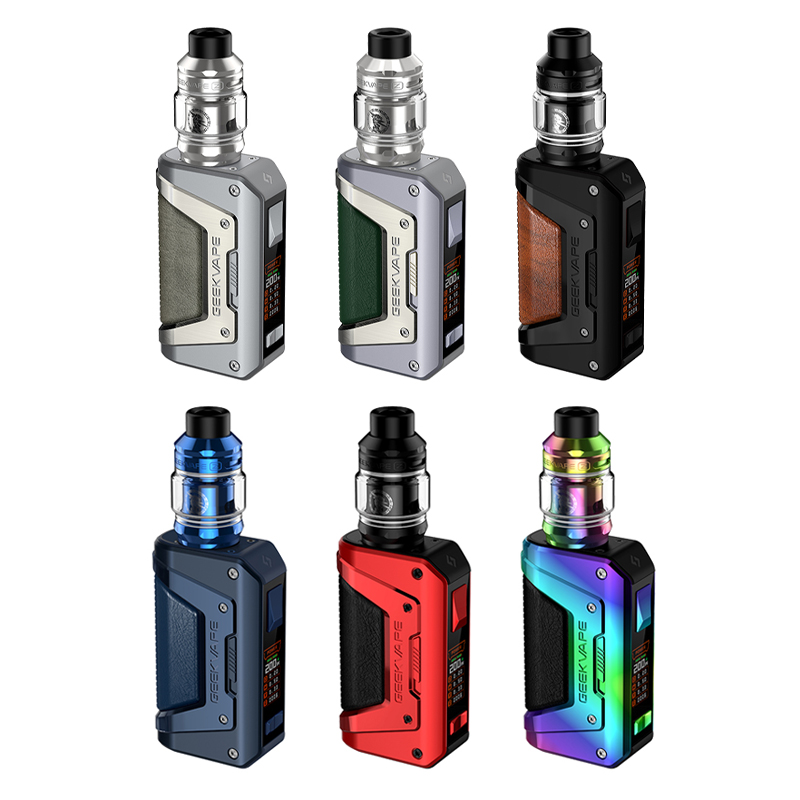 There is a variable wattage output from 5-200W and a handy slide switch on the side of the aegis legend 2 mod will lock the buttons for ease of carrying and less chance of pocket or bag firing mistakes. Included in the full kit is the Z Tank 2021 which is similar to the Zeus Tank but with a few improvements. There is still the top adjustable airflow which helps to reduce the chance of leaks. Geekvape say the airflow channels are wider for better airflow. The top fill port is accessed by unscrewing the top cap and the tank will hold up to 5.5ml (2ml in TPD regulated areas) of your own e-liquid. The fill port is apparently larger on this version. Geekvape Z series coils are compatible and you get the 0.2ohm and 0.25ohm versions in the kit.