Speaking of Suorin, most vapers should be familiar with it. This time I’m gonna introduce the Suorin Air Mod Kit which is the latest in the Air series. Let’s dive in.

The styling of the Air Mod Kit is sort of recognizable as the original Air Kit– with the pod being only 14mm thick – but this time the body is made from recycled PCTG and Zinc alloy to give a modern appearance. Unlike the previous versions, this has a 0.96″ TFT display screen and also variable wattage control between 5-40W. Inside the device is the 1500mAh battery which recharges via the USB Type-C port in 2 hours at a 1A charge rate. To operate the device, you can either use the fire button on the side or the draw activation sensor mechanism. 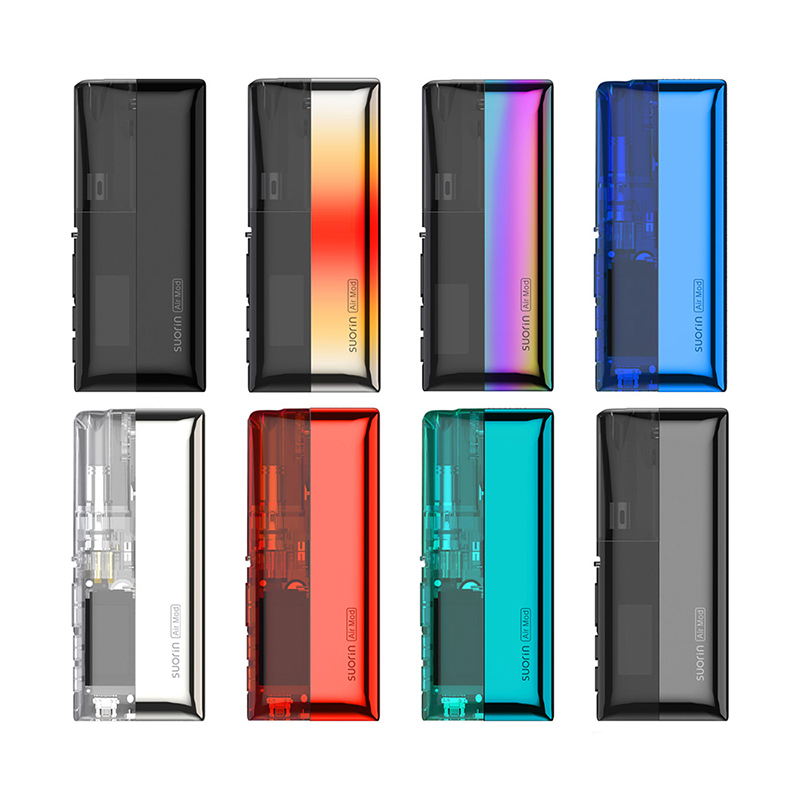 Above the fire button, there is an AFC ring that allows you to adjust the airflow to your preference. The Air Mod pod will hold up to 3ml of your own fruits flavor vape liquid which is reduced to 2ml for TPD regulated areas. Apparently, there is a side fill port on the pod but this is not shown on the marketing images. The pod supports coil replacement – there are two coil options to choose from and both are in the kit: 0.6ohm Mesh (25-32W), 0.8ohm Mesh (16-22W). All in all, the Air Mod Kit is definitely a decent pod system and also more cost-effective than its predecessors.

You may also like:
yocan falcon buy
flum float for sale